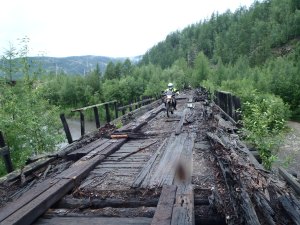 So after spending a day in Kunda and getting the bikes and 4×4 off the train at Chara at midnight we head off to find a quick campsite but decided to stay in a trucker stop, were totally taken advantage of with the price but were desperately to just get some shut eye. The next morning bright and early we continued our  BAM saga.

The rain was just relentless and road as bad as ever. Gareth had a bad fall and hurt his foot but fortunately this was the only accident on the BAM. We were all tired and it seemed like we had reached the end of our tether and a balk mood seemed to have descended on our happy little band. So we decided to call it a day and setup camp. Cesar found an amazing little spot in the woods and after a good meal and nights sleep we were back on track. The sun even came out for us and you just would not believe the difference that made. It seems like the sun comes out on our worst day and this is very fortune considering this way was the day we needed to get the bikes and 4×4 over the rail bridges.

OMG not only do the rail bridges scram the bejeebers out of me but now we had to wait for a train to go past get the 4×4 on the tracks and over the bridge before another came. I seriously couldn’t watch, and fortunately Gareth had got a flat tire on a recon mission so I went to off to take him the tire levers and spare tube and fortunately did not need to get involved in the first 4×4 rail crossing.

I wasn’t so lucky the next time around. The bikes went over the bridge first and I fell just at the end and just screamed like a wussy girl to Gareth to get the bike off me because my foot was trapped under it and I was lying at an angle and could not get it off. But basically I just panicked because I was on the rail bridge and had vision of a train taking my head off. Once on the other side I just watched with baited breath as the guys helped Jeff get the 4xr on the tracks and over the bridge it’s a heart stopping experience, 2 down and 2 to go. 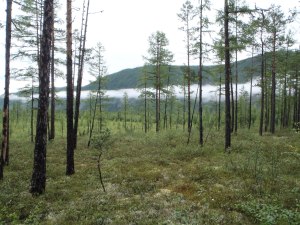